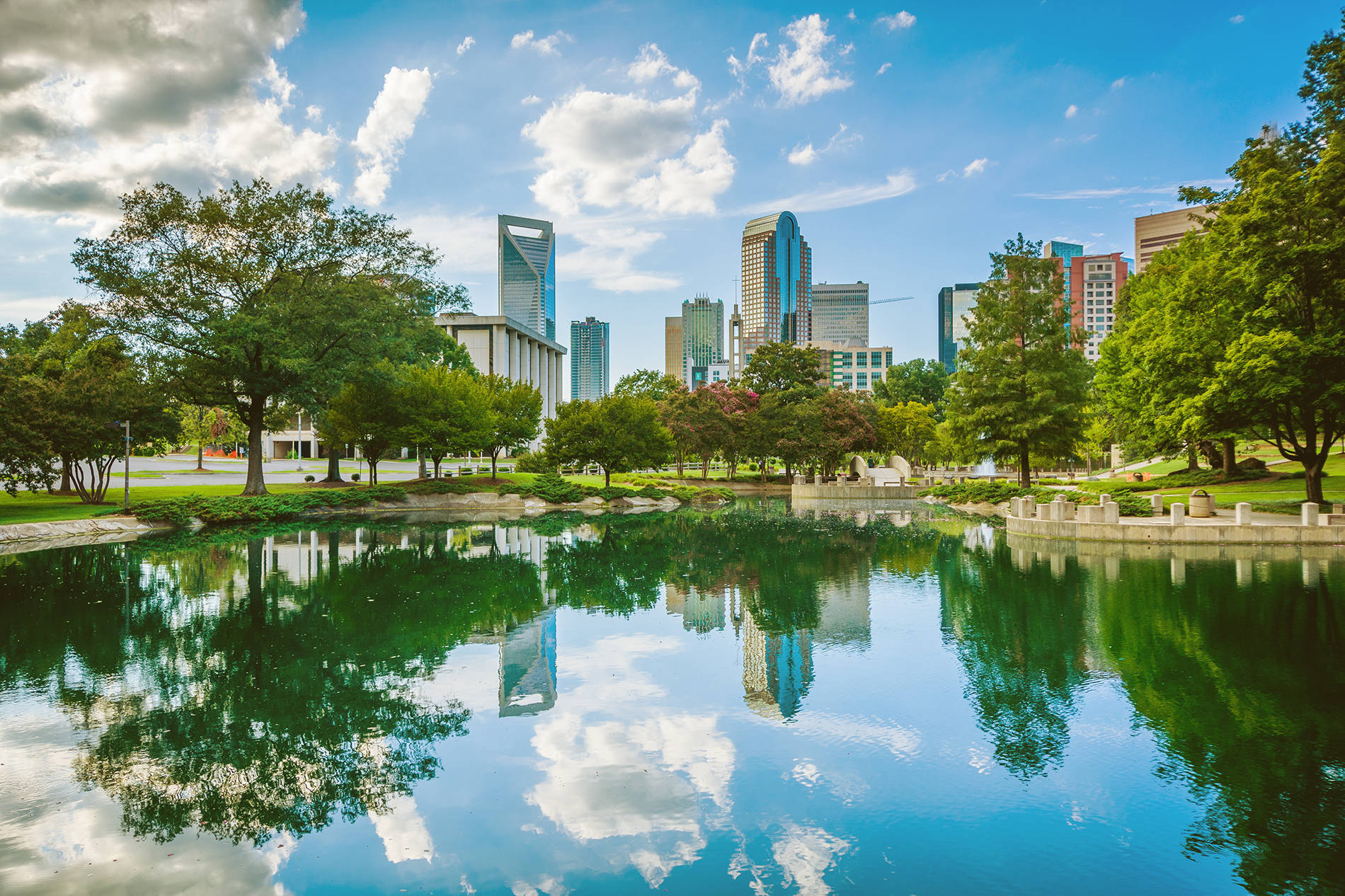 A guide to what the Queen City has to offer and why Wake Forest is expanding in Charlotte.

With a rich history in North Carolina, and a thriving campus in Winston-Salem, this article uncovers why Wake Forest is increasing its footprint in Charlotte including partnerships with Atrium Health, a new campus, and a thriving home for working professionals. 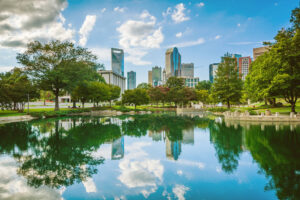 Every day, 100 people move to Charlotte.

To put that growth in context, the influx of new residents has made the Queen City the 15th largest city in the U.S. and the seventh fastest-growing. And by 2050, it is expected that another 1.5 million people will call Charlotte home.

So, what has made Charlotte a go-to destination for so many, including the Wake Forest University School of Professional Services?

The answer is as multifaceted as the Queen City herself.

Nine Fortune 500 companies have their headquarters in Charlotte. The Queen City recently ranked #5 on a list of the country’s top technology towns, a nod to both the availability of tech jobs and a burgeoning startup scene. The region has also seen a 24% increase in employment since 2010, and it is ranked the #2 metro area for economic growth potential (among cities with more than 300,000 residents).

The future is expected to bring more of the same: $4 billion in projects are currently in development across the central parts of the city, and several large companies have committed to opening offices here, moves that will bring additional jobs and a deeper investment into the community.

The Queen City is home to more than a dozen museums focused on art and history. The Charlotte Symphony has been an institution here for 90 years, and the Charlotte Ballet has delighted audiences for more than 50. The Blumenthal Performing Arts Center offers a diverse schedule of performances and special events, and the city’s streets are home to more than 70 public murals.

Charlotte is also home to the U.S. National Whitewater Center, which offers more than 30 recreational activities (think whitewater rafting, rock climbing and ropes courses) and 50 miles of trails. Also, Lake Norman just north of the city and Lake Wylie to the south offer plenty of options for boating, fishing and water sports.

Charlotte is increasingly a food town.

Food is the #2 reason people visit Charlotte, according to the Charlotte Regional Visitors Authority — and dining out is their #1 activity once they arrive. In addition to local favorites, dozens of restaurants open each year in the Queen City, and those restaurants are garnering national praise and attention. Leah & Louise, for instance, opened in 2020 and was named the #2 new restaurant in the country by Esquire magazine.

Charlotte has also become a destination for craft beverages. There are close to 70 breweries in the Charlotte region, two cideries and the first “seltzery” on the East Coast. A short drive outside the city, a handful of wineries offer a taste of North Carolina wine country.

Charlotte is located two hours from the Blue Ridge Mountains and three hours from the beaches of South and North Carolina. Beech and Sugar mountains offer skiing in the winter months, and Lake Lure has the dual distinction of being the setting for the famed “Dirty Dancing” film and a beautiful vacation spot. Asheville, located in the heart of the Blue Ridge Mountains, is a beloved destination for food, drinks and breathtaking scenery. It’s also home to the famed Biltmore Estate.

When we launched the Wake Forest University School of Professional Studies, we gave some serious thought to where we needed to be to make the most impact for our students. The answer was simple: Charlotte. Wake Forest University already had a presence in the Queen City, offering a top-ranked weekend and evening  MBA programs programs in business administration, business analytics and healthcare leadership and clinical research management. The addition of the School of Professional Studies now provides Charlotte’s growing population of current and aspiring leaders with the educational opportunities they need to help businesses adapt, grow, and excel in promising new ways.

As the saying goes here, Charlotte’s got a lot, with more on the way. We’re proud to do our part to help the Queen City grow.

available to Charlotte (and beyond!)

“Charlotte is the ideal location for a Wake Forest School of Professional Studies given its market size, growth and demand for professional and corporate education. Also the University’s new partnership with Atrium and plans for a new medical school branch provide an opportune moment for this strategic pursuit.”